Sylvia Lancaster at Darkness and Light in Manchester

Days ahead of the eight year anniversary of the murder of Sophie Lancaster, her mother is repeating her plea for the law to classify subculture crimes as an official strand of hate crime.

Sylvia Lancaster – whose daughter was murdered in 2007 for dressing ‘like a goth’ – is expected to make her appeal during a talk at The University of Manchester on 20th August, 2015.
The Sophie Lancaster Foundation Talk – to be held at The John Rylands Library – will give Sylvia’s personal perspective on Sophie’s murder, the trial and the work of the Foundation which was set up in her daughter’s memory to stamp out hate crimes.

In 2013, Greater Manchester Police began recording attacks on members of subcultures including goths and emos, as hate crimes. They were the first force in the UK to treat the offences in this way. Previously hate crimes were only registered for offences against race, religion, disability, sexual orientation or transgender identity.

In 2014 Sylvia was appointed an OBE for her tireless campaigning – she said her battle against ignorance will continue:

“I am proud of the work we have done over the last eight years raising awareness of the damage hate crime does to our communities.
“I am aware that there is so much more to do and take this opportunity to call upon other police authorities to follow Greater Manchester Police and the seven other forces in adding the strand of ‘Alternative Subcultures’ to their monitored hate crime categories.  My aim is to have all alternatives protected under this legislation.”

The talk, which takes place between 5pm and 7pm, is part of the free Darkness and Light: Exploring the Gothic exhibition currently running at The John Rylands Library until 20th December, which celebrates diversity and invites visitors to explore what Gothic means to them. 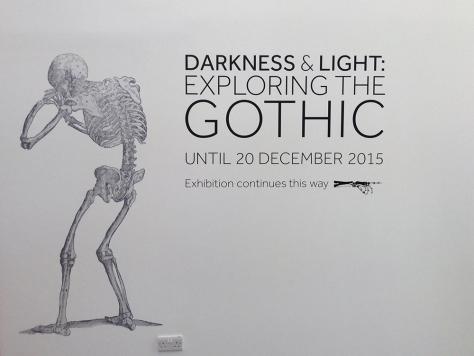 The John Rylands Library – cited as one of the finest examples of Neo-Gothic architecture in Europe – is displaying Gothic treasures from the Library’s Special Collections. Literary gems of interest to the darkly-inclined include a first edition of the Strange Case of Dr Jekyll and Mr Hyde by Robert Louis Stevenson, and a first edition of the 1764 novel The Castle of Otranto by Horace Walpole – widely regarded as the first novel of ‘Gothic literature’.

The exhibition explores the role of women in the Gothic movement, advances in medical science and classic literature and showcases a gallery of photographic portraits of Goths from the contemporary subculture.
It also reveals how Gothic architecture and anatomy inspired and influenced a literary genre and left a lasting legacy which can be found in art and films.

Sylvia added: “This exciting exhibition that explores the Gothic culture is so relevant to our work at the Sophie Lancaster Foundation as, like us, it celebrates the creativity of ‘difference’ whilst educating people.
The fact that there are sessions for children and young people is so positive and I am delighted to be a part of this here in the heart of Manchester.”

Places are limited for this event but members of the public who wish to book a place can do so through the number 0161 306 0555.

News, reviews and other articles written from the UK Goth subculture
View all posts by The Blogging Goth →
This entry was posted in Uncategorized and tagged crime, event, exhibition, incident, links, media, news, sophie, subculture. Bookmark the permalink.