We let our recent competition to win two tickets to April’s Whitby Goth Weekend run on a little longer, hoping for a surefire winner to break ahead.
Except, our final poll ended up showing Wayne Hussey of The Mission and Therapy? – the headlining acts – drawing neck and neck at the final tally, with a healthy 25% of the total vote each!

Eighties rock chicks (We’ve got a) Fuzzbox (And We’re Gonna Use It!) took the next biggest share of votes (13%) from readers of The Blogging Goth, followed by Lene Lovich Band (9%) and then the other support bands battled viciously for the remainder.
If this indicates a preference for veteran bands over new, or if it just shows only fans of older bands are actually reading the blog, I’m not sure, but the facts indicate the line-up and running order is a solid hit with Whitby fans. 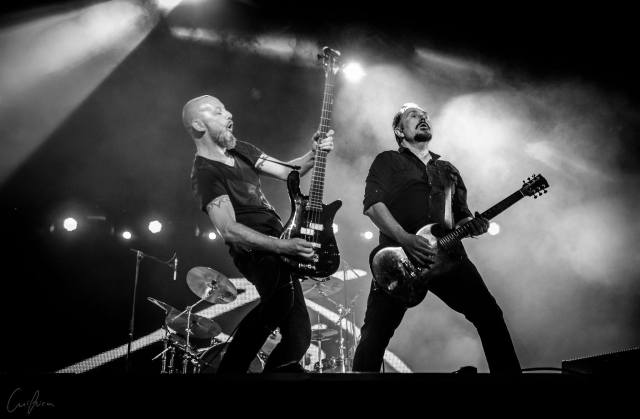 I’m also delighted to inform you Whitby Goth Weekend are now retaining my services as a formal press officer, so expect closer coverage of the entire festival, including one-on-one interviews with the bands and unique backstage news, not to mention what I can pinch from riders.

Follow @WGWGothWeekend on Twitter, and the hashtag #WhitbyGothWeekend – #WGW refers to something mainstream I don’t understand and don’t wish to.

There is a vague plan to use the new video-streaming app Periscope to share some of Whitby Goth Weekend with you via your device. Simply install the free app and going looking for the originally-titled @TheBloggingGoth – I’ll walk around town, look at the Bazaar, stalk Goths, drink in the Spa and generally make a nuisance of myself whilst giving you a first-hand look at this most famous of Goth events.

Or just stroll up to me in the street, tell me you read the blog, and offer to buy me a drink!