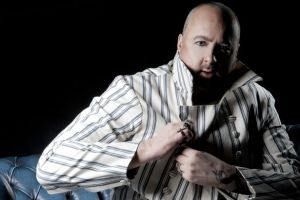 Rather suddenly, everyone has woken up to the fact that politics affect us all, especially with the bizarre emanations from the White House. And when Teen Vogue starts putting out some cutting political analysis, it should come as no surprise that make-up companies with a strong ethical agenda should start nailing their gorgeous colours to the mast as well.

Illamasqua is a long-time ally of the Sophie Lancaster Foundation, and its range of cosmetics has high popularity with the alternative crowd. I met Julian, the company founder, at Whitby Goth Weekend a few years ago and found him a warm, friendly, entertaining and engaging man who cared very deeply and strove to put his moral code into his business operations.

So it is no surprise that the company has adopted a bold pledge:

As such, we will never knowingly sell our products to people who support President Trump’s values. To be part of our community, and to buy our products, you must first pledge to Human Fundamentalism values: 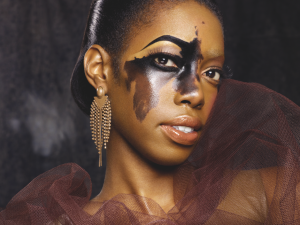 So far, it’s been interpreted as a ‘ban’ or some kind of strange ‘reverse-discrimination’, that Trump supporters feel they are being singled out and treated differently because of how they voted.
Aside from the irony of this outrage emanating from people who have enabled and endorsed the greatest discriminatory force to occupy the most powerful political position in the world, Illamasqua’s statement is simply not that combative!

It’s the final request that means so much to me:

So please, if you don’t agree with the above DON’T BUY US

A simple request, a heartfelt plea. Just don’t buy the products if you don’t agree.

Ilamasqua describes how they feel, how they align, and simply asked people not to take part if they don’t feel and align themselves the same way.

Judging by the outpouring of bile, abuse and scorn on social media – which the implacable Julian is fielding with unaffected glee – it’s been a completely successful operation in smoking out the kind of discriminatory hatred no company would ever want to associate with in the first place.

I wonder how many people frothing and raging on Twitter actually publicly state they do discriminate, or that they do deny climate change is a human artefact. Because criticising Julian’s pledge indicates you’re very much against what it says.

What do you think? Do you admire and applaud a company that adopts such a brave pledge?

Or are Illamasqua guilty of the same discrimination they are protesting, and risk alternating customers not interested in politics, just makeup? Let us know in the comments below!