October Occurrences from The Blogging Goth

What I’ve done so far, and what’s yet to do, really deserves an update – so here’s a quick check-in from The Blogging Goth as I bounce from event to event in this most specific of seasons!

On Saturday I headed to Leeds and Carpe Noctum, the long-running alternative night showcasing goth bands as well as goth DJing! They were eighteen years old, which prompted much hazy recollection of precisely when I started going. The answer? UNCLEAR!

Top promoter DJ Vodka had put on firm favourites of this blog, Cold In Berlin, plus the intriguing Chambers – some very sludgy-doom sounding dark rock, all with support from North-East mourning merchants Golden Age of Nothing. An appropriately angsty evening was held, proving there’s life after goth in Leeds! 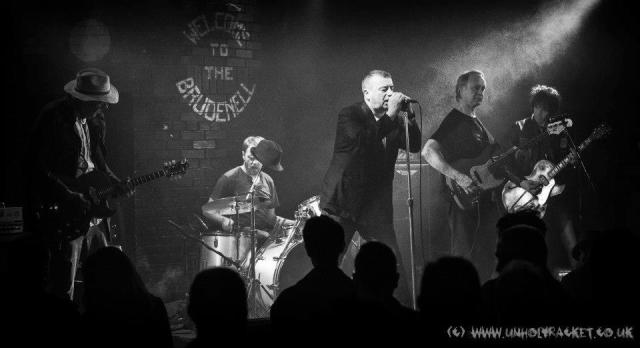 I’ll be back in Leeds sporadically throughout Goth City Festival as well, probably nowhere near as much as I like. But I will be back for my first time as chair of a Q&A with the legendary Dave ‘Wolfie’ Wolfenden on Monday 16th October. Wolfie’s history with some of the definitive Leeds post-punk bands of the early Eighties is incredible – he’s played with Expelaires, Red Lorry Yellow Lorry and The Mission – so this promises to be a truly enlightening occasion! I’m honoured to be on the roster for this one and looking forward to your questions as well!

On Thursday of that week, I’ll be attending a showing of Goth Weekend, a play at the Live Theatre Newcastle. It is set to take a wry and touching look at a family adjusting to the sudden influx of goths and the legendary Whitby Goth Weekend itself, that takes place just around the corner from me!

The reviews are already glowing, and I’m delighted to be involved in an after-performance event on Thursday 19th October, talking about the goth subculture with Dr Claire Nally of Northumbria University. They’re even recording it for posterity – I’ll be sure to share the link on the blog.

This is all before Whitby Goth Weekend itself comes thundering over the horizon as well, six (six six) days of excess and flash clothes with an awesome soundtrack. I fear I may be letting the goth side down when it turns out all I’m doing for Halloween itself is expiring of a mighty hangover.
Or perhaps that’s the most goth thing? We shall see. As always, keep me followed on social media and keep supporting your scene, too!