Followers will know I’m excited to be hosting a Q&A session with director Ashley Thorpe, after a screening of his animated documentary, Borley Rectory, on Sunday at 5pm. To whet your appetite, first enjoy the trailer for this witty, intriguing production…

I’ve been lucky enough to have an early preview of it, so I can challenge Ashley with some pointed questions, and I can recommend this imaginative, intriguing, eerie film to any ghost story connoisseur.
Not a regular A-to-B thriller, it instead strings together the rumours, allegations, experiences and experiments that swirled around the ‘most haunted house in England’ from the very first encounters, to the building’s violent perishing in a fire on the eve of World War II.

It’s well anchored by a cast of familiar faces, including the creepily commanding presence of actor Reece Shearsmith – of the League of Gentlemen and Inside No. 9 fame – and the exceptionally expressive Jonathan Rigby as famed paranormal investigator Harry Price. 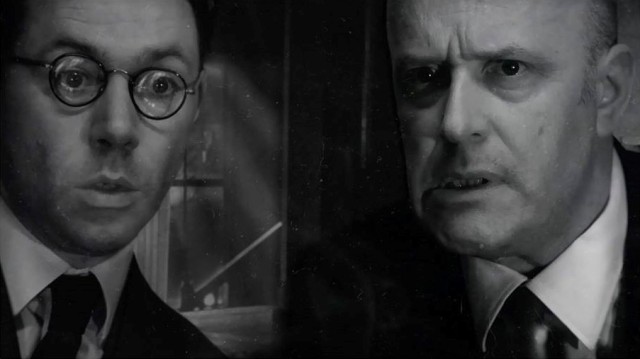 There are dramatizations of somber seances conducted in shadowy chambers, words scratched into the walls, dangerous liaisons masked by staged spookiness, an unwise journalist chasing ghouls in the gardens, pleas for help from entombed emanations, and all of it swathed in a spectacularly unique rotoscoping / animation effect that transports the entire film into the realm of the supernatural itself.

Through excellent use of costuming, props and design it moves seamlessly from the 18060s to the 1940s, and we are transported along with it, an unseen audience watching the interaction between characters and the structure, a battleground for belief and deception. The horror is most expertly demonstrated with the shadowy shapes half seen – much is obscured and left to the imagination, as is admirable, but occasional moments may cause even the hardened viewer to jump as unexpected activity of a mysterious origin besets the frequent, short-lived residents of Borley Rectory.

Please join us at Whitby Pavilion on Sunday 28th October at 5pm for a unique screening of this paranormal production, followed by a Q&A session with director Ashley Thorpe conducted by yours truly. All thanks to Absinthe Promotions, organizers of the first Tomorrow’s Ghosts festival who promise an array of frightening fascinations for the fervent fans of fear! 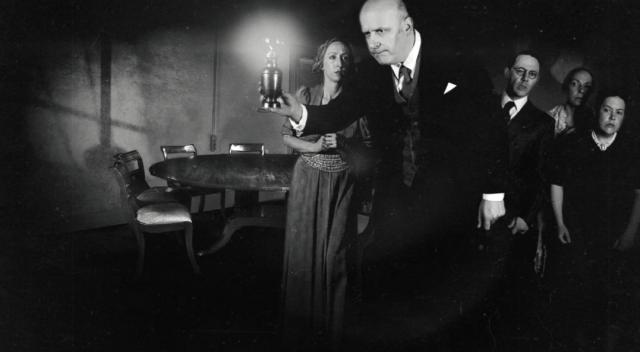 Some of the cast explore the boundary between life and death within Borley Rectory – courtesy of Carrion Films.