Proposed Study into Harassment of Goths

Posted on February 6, 2013 by The Blogging Goth

A theme that has run consistently throughout The Blogging Goth’s work is referring to academic articles and research into the Goth subculture. Now, Dr Paul Hodkinson, author of a book and several articles on Goth, is developing a new research study into the victimisation of people in distinct subcultures with colleague Jon Garland – an expert on the study of hate crime.

“I think our definition is open to some extent but what we’re primarily interested in are situations in which individuals are subjected to verbal or physical abuse in public as a result of their appearance or other indicators of subcultural affiliation.”

The established sociologist, who also has connections to the Goth scene himself, added, “We are starting our research with a relatively small-scale but detailed examination of  Goths, partly as a result of indications from previous studies, media and campaign groups – as well as from our own knowledge and experience – that members of this group are relatively likely to be targeted in one way or another. We hope, though, to expand the research to include other groups at a later point.”

I asked him what had prompted the decision to conduct research into the ‘bullying’ of Goths. “This research, I think, is a genuine attempt to try to explore the phenomenon in an open-ended way and with an open mind. It is, as you say, not something that has been the subject of much systematic research before and this is, in some ways, surprising, given the amount of research that quite rightly has been carried out on other forms of targeted victimisation.”

Perhaps this is reflective of the pervasive attitude that Goth is still a ‘phase’ that parents expect children to grow out of? The work that you, and Dr Catherine Spooner, and Dr Dunja Brill have done – not to mention Mick Mercer’s continued writing and the sheer prevalence of older fans at gigs and festivals – points to a persistent youth subculture that is actually populated by older adherents.

“Certainly the increasing prevalence of older participants serves to illustrate the extent of many people’s commitment to the group and to raise questions about the ‘just a youth phase’ idea. At the same time it’s important to remember that some people’s involvement is indeed short-lived and that this does not mean Goth was unimportant to them at the time

“In relation to the bigger question, I emphatically support the continuing research emphasis on targeted victimisation of ethnic and sexual minorities amongst others – it is vital work, not least because of the connection to deeply ingrained social inequalities and longstanding discrimination. Yet it remains the case that targeted victimisation directed at subcultural participants has been neglected, not least by the range of subcultural studies that exist, including to some extent my own.”

I enquired about how he and Mr Garland will be conducting the research. “We hope to do recorded interviews with a range of people who have some connection with the Goth scene – face to face where possible – in order to explore their experiences, knowledge and perspectives on the subject. So I guess we’re asking for an hour of their time and permission to record and use as part of our findings the things they say to us.” He was keen to stress that for accurate research they wanted to interview people along the entire range of experience, “[and] that includes people who have not experienced a great deal of harassment as well as those who have.”

Dr Hodkinson was clear that he and his colleagues had no prior conclusions they were looking to prove or deny. “We obviously have some hunches and possible ideas from our previous knowledge but our minds are open – this is more exploratory research than hypothesis testing.” Regarding that previous knowledge, I asked if he and Mr Garland would be contributing anything personally to the research.

“One seeks to judge things from as balanced a perspective as possible, but having said that it would of course be impossible for me to totally switch off my own subjective experiences [and] perspectives whilst exploring such questions with interviewees or in trying to making sense of what they say.

“So the answer to your question is yes I do have experiences that I could think of that might be relevant but our aim is to focus on the experiences of those we speak to, as well as putting these into the context of broader literature of course.” 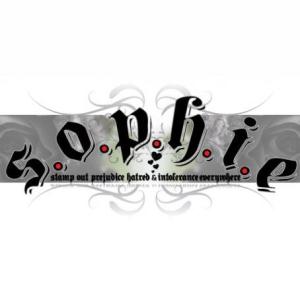 Amongst the various groups the researchers have had contact with about the research is the Sophie Lancaster Foundation, a well-established group promoting tolerance of subcultural differences, and referenced frequently by ourselves.
Sylvia Lancaster, whose daughter was killed in an attack motivated by her appearance, responded to our enquiry saying “The Foundation supports any research that provides further information about the Gothic subculture. Any assistance in helping people understand the extent of the victimisation of people who choose to express themselves “differently” is welcome. We hope people will share their experiences with Paul and Jon as they have with us so they can produce an accurate report on this serious issue.”

Following on from our last blog entry about the poor reporting of the Newton tragedy in America, I am in full support of academically-sound, probing research into this vital area of sociology and practical experience.

It is one thing to become inured to the abuse, verbal and physical, from complete strangers. It is another thing entirely to alter the way you live your life, to accommodate the narrow-minded, illegal attitudes and responses of the ignorant. I expect Dr Hodkinson and Mr Garland’s research to make both upsetting and crucial conclusions.

News, reviews and other articles written from the UK Goth subculture
View all posts by The Blogging Goth →
This entry was posted in Uncategorized and tagged interview, media, research, sophie, violence. Bookmark the permalink.

6 Responses to Proposed Study into Harassment of Goths