A fantastic sight, before lunchtime on an otherwise lazy Sunday! World Goth Day is officially upon us, and social media is whipping up a storm of coverage and conversation! 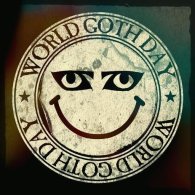 The two articles I contributed to are online now – in The Independent newspaper, and on the BBC3 website respectively. Who knew there was a Goth Waterpark in Tennessee? Not I, but a holiday seems necessary!

I repeatedly state in interviews and everywhere I write that we should be proud of Goth, a rich subcultural heritage stretching back three decades and showing no signs of stopping yet.
Today feels like such a concrete realisation of that, and I can’t thank DJs Cruel Britannia and martin oldgoth for starting it.

As with all journalists, Kashmira at the Independent wasn’t able to keep more than a tenth of what I sent her, so I’ve reproduced some of her excellent questions and my rambling answers below, for my take on the subculture and World Goth Day specifically.

Keep contributing to #WorldGothDay as well, and remember you’re part of a massive, longstanding community that deserves recognition at least once a year!

Gothic fashions appear to be adopted by mainstream culture in a cyclical fashion, but are never fully absorbed. Do you think there is something inherently subversive about the gothic subculture?

There’s an ongoing reverence for its original look in the early eighties meaning Goth style is fairly traditional. Newer trends tend to emerge in the American Goth subculture, but don’t emigrate well into what is a familiar and recognizable UK look.

What attracted you to goth culture?

Like a lot of people, I got into Goth via the music. I grew up listening to New Romantic and Synth music of the Eighties, and then metal and alternative rock of the Nineties.

The common ground was of course the post-punk and Goth sound, which immediately felt very right to me. Then I discovered a whole tribe, with a lifestyle and look I identified with very strongly. I’ve never looked back!

The term ‘goth’ appears to encompass a variety of other sub cultures: emo, metal and some aspects of punk. What sets goth apart from these?

As well as being subcultures, many academics refer to these groupings as ‘neo-tribes’ and that speaks to something very basic in human psychology. Goth appealed to certain punks looking for something different, less self-destructive, more maudlin, with a darker, cynical and even wry look at the world.

Metallers, on the other hand, I find more bombastic, upbeat and generally positive in a way I can’t completely wrap my head around! We have more crossover with metal, but the subtle differences in our neo-tribal lifestyles and psychology mean we’re still clearly distinguished from one another.

Goth is feared by the mainstream as it is associated with death and ‘evil’. What positive aspects of gothic culture do you think readers should know about?

Feared is an interesting turn of phrase! Certainly the media manufactures fear in an effort to sell copy (excuse my cynicism) and the attitude of the American public and press following the Columbine Massacres was deplorable, but I don’t truly think the mainstream, especially in the UK, ‘fear’ Goths.

On the contrary, satirical websites like Newsthump and The Daily Mash regularly mock Goth culture to widespread amusement, and which I thoroughly enjoy – demolishing another misconception that Goths have no sense of humour!

The belief that Goths are ‘evil’ largely springs from ignorance and bad press. The truth is the majority of Goths are middle-class intellectuals with great job prospects – back in 2006 your own paper covered the great work by University of Sussex Academic Dr Dunja Brill into the careers of adult goths. I have friends who are journalists, civil servants, academics, and – of course – IT specialists, responsible for so much of our online world. 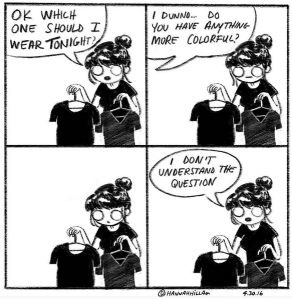 Because we fraternise with the darker side of life, reveling in taboo subjects like death, loss, forbidden love and the like, it’s seen as dangerous to mainstream culture.

But mainstream culture means forcible indoctrination into denying depression, into celebrating the violent misogyny and gang culture of hiphop and R&B, into lauding footballers as heroes and awarding them huge salaries whilst they commit assault and rape, and into perpetuating the toxic and corrosive nature of ‘lad’ culture, rampant sexism and xenophobia.

A mainstream culture that has frequently and persistently harassed, bullied, threatened, assaulted and even killed those who are different, just as happened to Sophie Lancaster.

Goth culture is far from perfect; it can be insular, judgemental, narrow-minded and convinced of its own superiority! But Goths are suspected because they don’t embrace the mainstream. I look at the values of that mainstream, and think – Why would anyone want to?!

How has the sub culture changed since the death of Sophie Lancaster?

Everyone will have their own opinions on Goth culture after Sophie’s death. I see the culture as going through a period of ‘drawing together’, of being aware of the dangers we can face, and of attempting to foster a more inclusive society where we try and look out for one another.
Many bands, goth retailers, festivals and other organisations support the work of the Sophie Lancaster Foundation. Otherwise I think people try and live as much as they did before.

Gothic culture can be quite tribal and insular. Is this a defence mechanism? Do you think there are other reasons for this?

I hadn’t read this question until I reached it, so it’s amusing to note we’ve both described Goth as being ‘tribal and insular’! Yes, it is very defensive – as discussed above, Goths learn quickly to tolerate abuse and as a result become quite guarded people.

At the same time, Goth culture in the UK is very diffuse, and apart from festivals and gigs, people tend to remain in small, isolated communities in cities and towns. Even online, the natural groupings of Goths in just one place tend not to mingle or crossover, so we end up with tribes within the large Goth tribe!

How has Gothicism impacted mainstream culture? 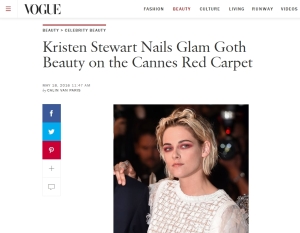 We’ve already discussed the routine annual appropriation of black-hued Goth style for Autumn and Winter fashion columns in the press. Beyond that, Goth is second only to Punk as a universally-recognized subculture, with Goth characters appearing widely in mainstream entertainment.
We’re also a regular target of good-humoured satire, as mentioned above, on sites like Newsthump and The Daily Mash. Events like Whitby Goth Weekend pull thousands of tourists, from Goths, to the general public who like to people-watch and often end up drifting into the fringe of the culture themselves!
TV shows like Buffy, films like Twilight, the fashion design of Alexander McQueen, these are all elements of Gothic design existing on a tantalizing fringe to the mainstream.

At the same time, Goth is a misunderstood and ill-perceived ‘threat’ that leads teenagers to depression, self-harm and suicide – according to scaremongering articles that draw high readership but are woefully lacking in contributions from actual Goths (so thank you Kashmira!).

It’s a vague dumping ground for anyone at all interested in alternative music (like some of the tribes you mentioned above, like emo and metal), a frequent target for harassment and abuse, and a surprise to people who remember the origins of Goth in the early Eighties and are amazed the subculture – and even some of the bands! – are still around today.

Goth is a vaguely familiar background phenomena in Western cultural life (Goth is far more established on the Continent and in the US) thanks to more than thirty years persistence!

Will ‘goth’ even be accepted by the mainstream?

Why would it be? Most of its values are incompatible with the mainstream, as mentioned above.

I’ve been asked this question before, and I’m always curious – do you think there should be an incorporation between Goth and more regular lifestyles, so that being into an alternative music subculture is no more remarkable than being into yoga or supporting a particular football team? What would be the point in that?

What is the most important thing that readers should know about the sub culture?

Forget your suspicions! Do some research! If your teenager is interested in Goth, encourage them – they’re demonstrating intelligence, curiosity and independent spirit that stringent academic research indicates will lead to great employment prospects.

I always maintain Goth is something the UK should be proud of. We’ve created both Punk and Goth, vibrant and creative cultures of individuality that have had a lasting impact on the entire world that gains new members every year after thirty years existence.
Whitby Goth Weekend draws fans from around the world, and has done so, every year, for twenty-two years.
Goth City Festival, launching in November in Leeds, will celebrate the lasting legacy of Yorkshire, as the cradle of so many bands that went on to become worldwide legends in the Goth culture, and a subculture that remains popular (ironically) so many decades after it all began.

Why do you think goth has endured for decades?

Put simply, Goth isn’t a ‘phase’! It’s not some adolescent rebellion they’ll ‘grow out of’.
It’s a rich, varied and rewarding lifestyle – and it features many of the bands who started out in the first and second waves of Goth, in the very early Eighties!
Newcomers can experience the culture from the very beginning, and often go on to create music and style clearly influenced by the original artists.

What do you think of other strains of goth – e.g. chola goth, health goth (?!) 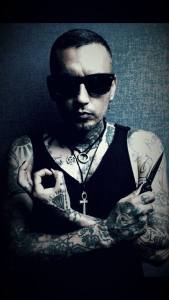 Health Goth is – was – a novel idea that basically got used to sell ‘dark’ sportswear. I find it to be more cynical niche marketing, than a legitimate faction. It’s considered fairly laughable in the UK.

Cholo Goth intrigues me, and I’ve written on it before. It has little correlation with the UK, as we have no real equivalent to cholo gang culture – but bands like PRAYERS have impeccable influences and an exciting new sound that fuses two very different styles of music.
I am excited that innovation continues to exist in Goth, with people both influenced by the past but willing to change the future. 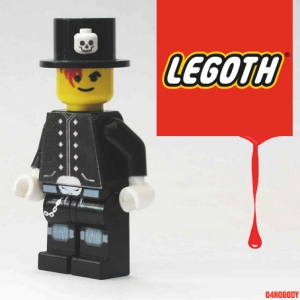 5 Responses to World Goth Day 2016: The Goths Write Back