American Gothic: PRAYERS and the new sound of Cholo Goth

Several articles, interviews and videos have recently appeared around PRAYERS, a duo in San Diego that fuse the diametrically opposed sounds of early Goth and cholo gang culture.

Singer Leafar Seyer cites influences like Joy Division, has handpainted images of David Bowie and Aleister Crowley on the wall, and wears black nail-varnish and customised leather biker jackets.
He’s also fiercely proud of his heritage and his continuing membership in the Sherman Grant Hill Park 27 gang, his entire body tattooed with blood and gang ties. Watch their latest release, an incongruous cover of the Pet Shop Boy’s ‘West End Girls’ and see how proud and aggressive gang culture is mingling with the brooding melancholia of alternative music. This is Cholo Goth.

It’s a mashup even more difficult for the UK Goth community to envisage. Britain simply doesn’t have gang culture on the same level as the US, and what examples we do have are fiercely isolated from even mainstream culture, let alone any of the alternative groups.

Seyer cites legendary LA deathrockers Christian Death as another major influence, one which is visible throughout his work. This is a prime example of how US alternative culture has headed in a similar but notably different direction to the UK.
Whilst we had bands like Siouxsie and the Banshees, Joy Division and UK Decay arise from the ashes of Punk, America conjured up Deathrock, with bands like The Flesh Eaters, Gun Club and Rozz Williams’s Christian Death.

They created music tinged with horror, dark pop culture and religious influences that owed more to American Southwest voodoo than central European reformation Christianity. Their nearest UK equivalents were the original Batcave bands like Specimen and Alien Sex Fiend, embracing tongue-in-cheek horror-movie schlock rather than the ponderous, dirge-like rock of British second-wave Goth bands like The Sisters of Mercy. 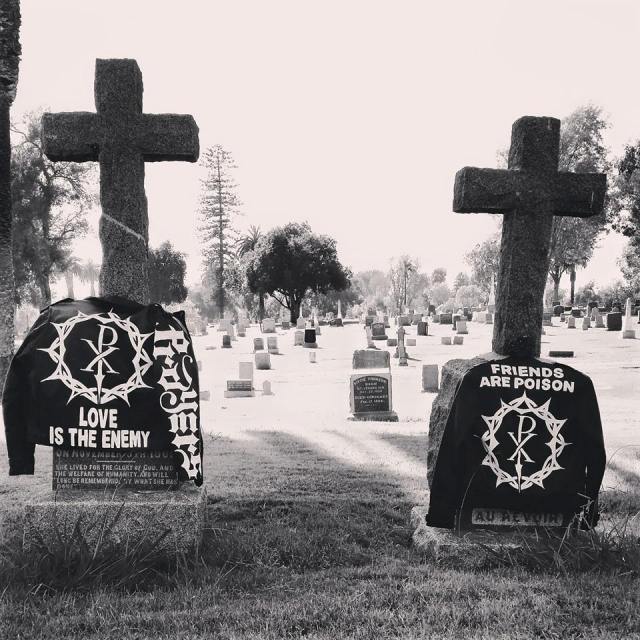 Generations of subsequent bands in England would be influenced by Eldritch, but it’s clear that Rozz Williams is one of the guiding lights to PRAYERS music. Once again, America is taking Goth music in a startling new direction – embracing much of the established aesthetics but also encompassing new aspects like the tight-knit, familial bonds of gang and chicano culture.

Personal preference will count for much, but should they continue to ascend and build popularity, PRAYERS – handpicked by Ian Astbury to open for The Cult last year – could signal a major shift for American Goth culture.

All images taken from the PRAYERS facebook page, with thanks.

News, reviews and other articles written from the UK Goth subculture
View all posts by The Blogging Goth →
This entry was posted in Uncategorized and tagged America, band, bands, Cholo Goth., goth subculture, links, music. Bookmark the permalink.

1 Response to American Gothic: PRAYERS and the new sound of Cholo Goth