Update 24/01/18: Peter Murphy has responded to widespread criticism of the comments he made, in a post on his official Facebook page.

David Bowie was, is, and always shall be deeply honoured, prayed for, and loved by me for his magical musical works and unmatched special influence. However, when I say that, sometime after Let’s Dance I stopped listening to the albums and appreciated the fact that he ‘buggered’ off at some point.
One, of course I was not referring to his death (for God’s sake whomever thinks that, don’t be so ridiculous). I’m talking about when he disappeared from view and lived a well earned private life, from around 2006. That edifice of ‘David Bowie‘ that seemed to hang overhead, that felt often like an ever present oppressive standard to either be compared to or to have no way to match, was lifted by Mr Bowie’s retreat for those years.
That is: when he ‘ buggered off’ ….and you know I loved him the more for being so smart as to ‘bugger off’. Until that time when, with The Next Day and two songs from Black Star, he made stunning, genuine Bowie records.

Peter Murphy has dropped some scathing comments about the late, great David Bowie in a recent interview. He was talking to a San Francisco music critic about his upcoming long residency at The Chapel, from January 23rd – February 16th, which will see him reunited for select dates with original Bauhaus bassist David J, and covering highlights from his solo career as well as with the definitive post-punk outfit.

“It was a bit tiring, this whole cosmology of David Bowie. He was a spark. But it was time to bugger off. And he did bugger off.”

It seems a cruel, contrary thing to lash out at the lone artist one step removed from actual sainthood, in the eyes of a broad swathe of music-loving humanity. It can be soundly argued that Bowie paved the way for the entire alternative continuum, not just goth, and that he transcended such mundane boundaries as ‘subcultures’. Indeed, Bauhaus will be remembered as much for their popular cover of ‘Ziggy Stardust’ as for the sombre extravaganza that is ‘Bela Lugosi’s Dead’.

So why is the man dubbed the ‘Godfather of Goth’ biting the hand that feeds, so hard? Now he has his residency, is he lurking at the bottom of his pond, a tired old toad mired in bitterness?
I believe that Murphy sees it as his opportunity to cast off albatrosses instead – now Bowie has ascended to another plane of existence, perhaps the weight of that cover will lift from around Murphy’s skinny neck, and he can be seen for the artist he is.

Like all artists, there are songs they hate to play – usually, their most commercially successful. Murphy is coy, won’t reference the single track from his career he loathes with a passion, but you can join the dots. It isn’t Bela – in October last year, I saw Murphy play right here in Newcastle, and he ended with a very experimental take on goth’s most famous dirge. 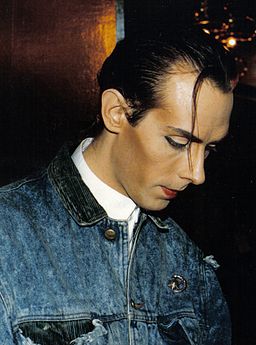 So there’s some resentment there, and perhaps it fuelled Murphy to be the first to break through the veil of hero-worship and into the post-Bowie world. Even so, his words are tantamount to heresy and he will win no favours for his cold dismissal.
What he will win is coverage and profile-raising. The SF Chronicle covered it, and it’s being shared around social media like wildfire. I’m writing a response, and other commentators will do as well, all pushing awareness of the Bauhaus frontman’s long series of live performances coming up soon – bad news sells.

It’s not like there will be any PR fallout either. Consider the goth scene, and the subcultural champions who lead us. Those who are still alive guarantee headline slots, regardless of personal attitudes; the incendiary commentary of Morrissey, the scorn for the fans (and erratic live performances) of Andrew Eldritch, the echoing silence of Siouxsie Sioux. The only heavy-hitter from the ‘golden age’ with anything to smile about is Robert Smith, The Cure’s cheerful frontman who leads his outfit into their fortieth anniversary to universal acclaim.

For the rest of the relics from the dawn of goth, they try and warm themselves around the cold fires of bitterness and resentment. Long shall they reign, as no new challengers ever seem to appear. But that’s a topic for another time…

News, reviews and other articles written from the UK Goth subculture
View all posts by The Blogging Goth →
This entry was posted in Uncategorized and tagged America, bands, interview, links, music, news, response. Bookmark the permalink.