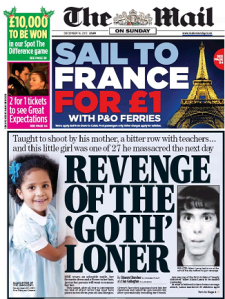 The Mail on Sunday’s front page from 16th December 2012

Catherine Urso, who was attending a vigil Friday evening in Newtown said her college-age son knew the killer and remembered him for his alternative style.

‘He just said he was very thin, very remote and was one of the goths,’ she said.

A second-hand recollection from someone not even involved. The implication is that the world is struggling to try and understand what could motivate such a crime, and the Daily Mail – with characteristic unfeeling insensitivity – has chosen a marginalized and misunderstood group to ‘take the blame’. Ironically, the Mail has previously written about attacks on Goths in a supportive light, especially the tragic case of Sophie Lancaster who was killed in an unprovoked assault in 2007. Since then her mother and others have worked tirelessly to promote diversity and tolerance; the S.O.P.H.I.E. charity released a statement in response on Sunday:

The demonisation of subcultures, in this case goth/gamer/alternative does nothing to help anyone understand why Adam Lanza woke up on Thursday and killed 20 people including his own Mother. Our frustration at this lazy journalism, where they are quoting distraught ex pupils and neighbours because they have no facts is made worse by the fact that the readers of the articles may well believe what they see and not challenge it, leading to yet more prejudice and fear. 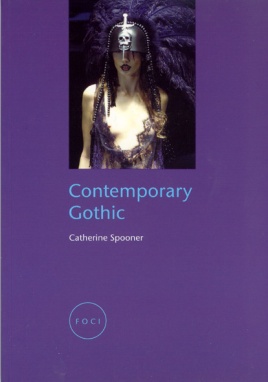 Crucially, the Daily Mail failed to interview any representatives from the Goth subculture about their reactions. All responses, including what you are reading now, have been self-motivated – because for some reason, the majority of the mainstream media of the United Kingdom and the United States will not give us a voice. Notable exceptions exist amongst unbiased, regional media but the large part the Goth culture is sorely unrepresented in the press. When we are portrayed, observes Dr Catherine Spooner of Lancaster University (author of several social studies of the Goth culture), it is through a veil of journalistic interpretation.

‘Goth’ is sometimes used in high school slang as an insult or as shorthand for kids perceived as outsiders or weirdos, regardless of whether or not they self-identify as Goths or have any affiliations with the Goth scene. By labelling Lanza as a Goth on the basis of hearsay, apparently objective journalism ‘fixes’ this loose, slang use of the term, converting it into a firm evocation of a specific subculture and identity.
Many readers will not discern that this process of fixing has taken place, and therefore this loose term takes on the status of ‘official’ knowledge: Lanza was a Goth and Goths are weirdos and outsiders.
It goes without saying that the evidence for the former is flimsy and the latter becomes self-fulfilling for those doing the labelling. This may seem a minor detail beside the larger fact of the tragedy. But scapegoating Goths is not going to help matters and may, in fact, cause further harm. 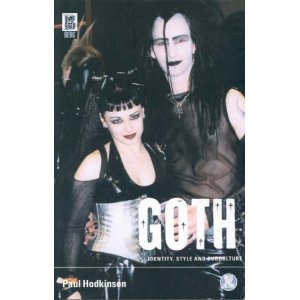 Newspapers like to develop familiar stories with familiar characters and will sometimes filter the information available in order to do so. So the reason they have picked up on use of the word ‘goth’ here is that, for them, it acts as the perfect narrative device to render the killer as deviant, different, other – external to normal society and not one of ‘us’ – and imagined ‘normal society’.

Paradoxically, however, the reference to things like goth may also serve to enable the development of a different angle of engagement, based on engaging the fears of parents  and others over the possible links between dark subcultures their own children may have contact with and this sort of violence.

In our discussion, I asked Dr Hodkinson if he could expand on this ‘different angle’, in terms of the fears being developed by parents of Goths now faced with the possibility of association between this crime, and their own children. He responded:

…there is  little evidence of any link to the goth scene and, even if there were, there’s certainly no evidence that the goth scene would encourage anyone to behave in such a way. In this article the term goth really has been put into the headline here purely as a means of drawing in more readers for the reasons I previously gave. They don’t even purport to be presenting a serious article about the dangers of the goth scene – they’ve just mentioned the term because it embellishes the profile and makes good copy.

Overall, it seems clear that the labelling of him as a goth is based on minimal evidence. More importantly, the issue of whether he identified as a goth, a gamer, a nerd or anything similar is almost certainly irrelevant to determining the cause of the horrible events that took place.

I questioned Dr Hodkinson’s conviction that, in the face of the beliefs broadcast by the Daily Mail, The Sun and the FOX Network, any motivation for Lanza’s murder-spree could not include his subcultural associations.

I think what I’d briefly say is that there is no evidence that they have a negative influence of the kind discussed. Millions of people are goths, gamers, ‘geeks’ etc across the world. Aside from anecdotal speculation in relation to the occasional isolated incident such as this, I’m not aware of any evidence that, amongst these millions of people, there is any substantial problem with violence. In the case of goths, evidence points towards an emphasis in the values of the group towards non-violence and, as I’m sure you know, goths are much more likely to be the subject of violent attack than the perpetrators of violence. 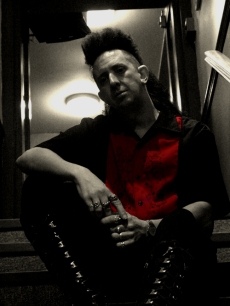 As mentioned above this has been the case, with the stories of assaults on Goths as reported by both the Daily Mail and The Sun. This time however, the reporting of these two papers has been met with disbelief, sadness and hostility by the culture. Well-known DJ and promoter Martin ‘Oldgoth’ Coles responded:

One passing comment about him being a loner ‘like the goths’, has been seized upon and used, in my opinion, maliciously by two of the UK biggest ‘news’ papers (The Sun and Mail) purely in order to create a shock headline.

Martin observes some of the underlying issues that have surrounded other tragic shootings which have lacked any ‘Goth’ angle.

If you read about his background, and in particular his day to day behaviour it just points to the fact that what the US [needs] is not only tighter gun control – to prevent things like assault rifles being obtained so easily (who really needs one to ‘defend’ themselves or their property?) – but better mental health care. I firmly believe that had this guy been given proper treatment then this would never have happened, and it helps to highlight that so people get the help they need.

He firmly believes that the media’s performance is crucial to understanding crimes like these.

The media has fueled this kind of thing, 100%, and I feel is totally to blame for sensationalising the idea that doing this will have you going out in a ‘blaze of glory’, with all the worldwide fame that comes with it.

This guy did not attack anyone because of the music he listened to, he resorted to murder as never got the help he needed and had easy access to lethal weapons in a world where violence of this kind makes you famous, gets you noticed in a world that I’m sure he thought didn’t care. 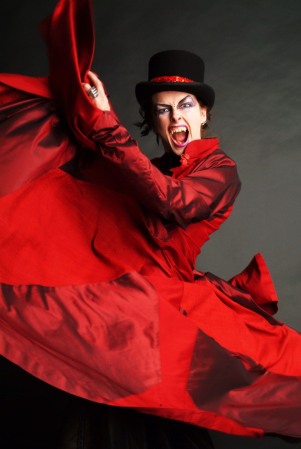 I also e-mailed Rosie Garland, better known as Rosie Lugosi – singer with legendary Eighties dark rock band The March Violets, as well as an award-winning poet, author, and sought-after compère. Her prompt response to my questions about her feelings on the reporting simply said:

So – the Leveson Enquiry into improving press standards is clearly having a massive effect on the tabloids.

The Goth community online has united to condemn the portrayal of the culture by headlines like this. The quotes used above were taken from responses gained within hours of publication by the Daily Mail and other outlets, none of whom had researched the scene or interviewed any relevant commentators. An e-mail to the Daily Mail asking for comment to be used in this article remains unanswered after a day, in comparison. Should a response be received, this article will be updated accordingly.

The Goth culture so rarely hits the headlines for the best reasons. In this case, blame has been laid at a subculture’s door when no proof has been obtained – an act that goes beyond ‘lazy’ journalism and into the realms of downright dangerous.

News, reviews and other articles written from the UK Goth subculture
View all posts by The Blogging Goth →
This entry was posted in Uncategorized and tagged interview, media, news, PR, response, subculture, violence. Bookmark the permalink.