Guest Review – “The Angels of Islington” by Sarah Channing Wright 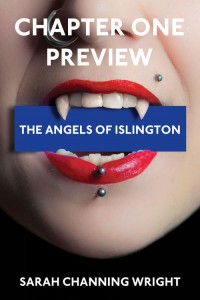 Recent Vampire tales tend to fall into one of two camps: those that use the monster in a revisionist way by purposefully avoiding the accepted standard abilities of the creature, and those that use ‘the classic vampire’ to tell their story.

This book is firmly in the second camp. The cover blurb even goes so far as to state that it does not feature any ‘sparkly vampires’ (a barbed comment aimed at Stephanie Myers’ popular teenage romances that feature vampires who cannot come out during the day because the sunlight makes them glitter). The back cover also mentions two other American authoresses, Anne Rice and Poppy Z Brite, and it is the second writer, with her modern journalistic style rather than Rice’s purple prose which Channing Wright seems most similar to.

The difference (an important difference) is the setting. This novel’s setting is as much a character as any of the vampires or mortals that inhabit it. It is awash with references to the London goth scene of ten or fifteen years ago. This does not mean it is out of date or in any way nostalgic, but it just revels in a particular time and place that is seldom talked about in any other media. The vampires of the story listlessly journey from Slimelight to The Dev, from the Electric Ballroom, to Quinns, to Gothic Requiem, to the Princess Louise, to the Underworld, to Kensington Indoor Market.

Most of these locations still exist but a combination of the rise of the internet and simple property-market-brutalism has meant that those days of a gothic underground that all knew each other and relied on fliers (bits of paper, remember them?!) to tell them what was happening next and where, is now history.

The pacing is good. I particularly like the way that periods of normality (for those of us who consider a life spent in clubs and pubs is normal) are interspaced with sudden and graphic acts of violence. The reader enters a world full of monsters where a simple good versus evil morality is absent and seemingly replaced by a battle of order versus chaos, with chaos as the main threat that the protagonists must fight against.

The majority of the characters have ‘nick-names’ such as Magenta or Onyx, as indeed a high proportion of those that came from the punk or the goth scenes of the early eighties did. I’m uncomfortable with a vampire called ‘The Count’ as it seems too obvious to be plausible but ‘what’s in a name?’ and this quibble aside, the book is a romp: an action-packed horror tale full of descriptions of beautiful people living monstrous lives in grubby locations.

There are some great non-fiction books out there (notably by Mick Mercer or Natasha Scharf) that detail the music, fashion and culture of the goth scene but this piece of fiction is probably the first and finest book on goth geography. In fact before this book I don’t think anyone had even conceived of such a subject.

One final point: the cover art is extremely clever and well-executed… but I may be biased as I live with the model!

The Angels of Islington book launch will be on Saturday 6th December 2014, and will take place at the Renaissance Alternative Music Festival at Electrowerkz, 7 Torrens Street, London 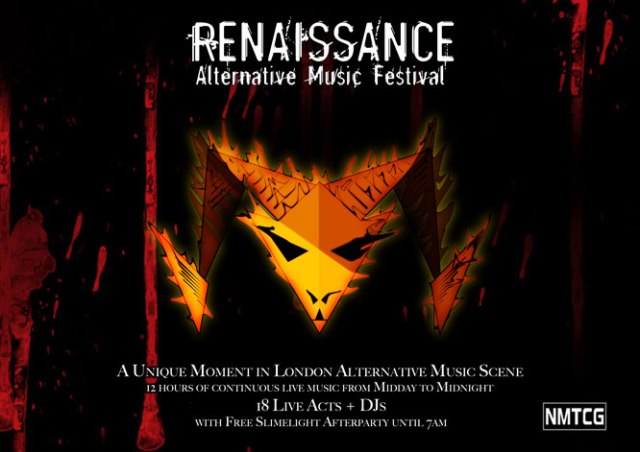 News, reviews and other articles written from the UK Goth subculture
View all posts by The Blogging Goth →
This entry was posted in Uncategorized and tagged book, fun, review, vampires. Bookmark the permalink.