Coming down the A174, we pass a motorbike accident. No injuries I can see but one machine is weirdly on its back as we inch past. I hope it isn’t an omen for the 21st birthday of the legendary Whitby Goth Weekend.

We make it without further incident into the little seaside town where 200 Goths tried to get in one little pub all at once in 1994. The bartender was the ultimate winner of that first engagement, and ever since thousands of us track up to the North Yorks Coast to watch bands, meet friends, and get fall down drunk. 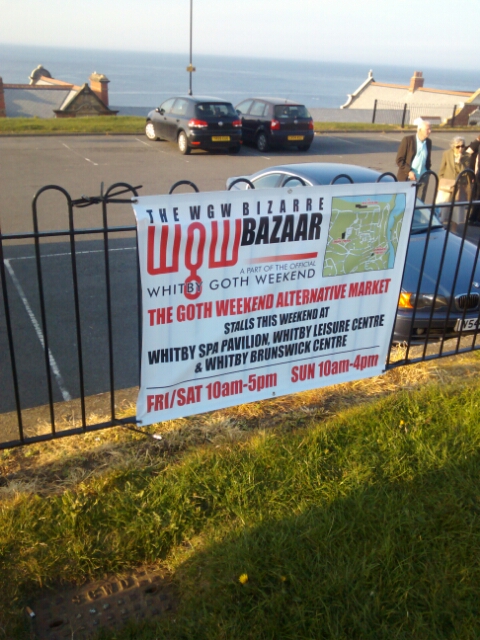 I stop by the Spa after arriving, the beating black heart of the Goth Weekend and home to the bands that will be playing throughout the next four nights. Is there a press pass for me?

One list says no, and all is frowns until another doorkeeper recalls my ridiculous name. I’m down as ‘miscellaneous’ press, the Blogger Without Portfolio. Seems fair. Oh, is there a plus one please?

Again the list says no. The helpful doorkeeper is despatched to Jo Hampshire herself with a request – she gracefully obliges me and I am reminded why she is known as Top Mum to us all!

So The Blogging Goth’s odyssey to the Whitby Goth Weekend begins – with bands and booze bearing down upon him! > 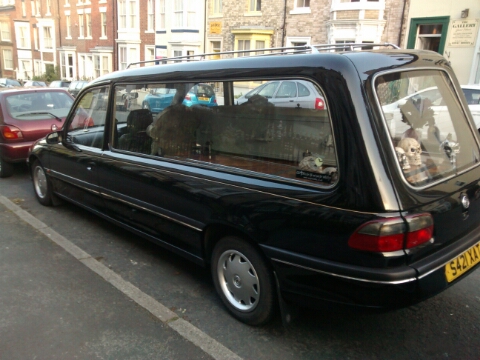 Landing and decompression are always tricky, so I don’t manage to reach the Spa until eleven, just in time for headliners The Birthday Massacre. I’m glad I did – they put on a first rate show!
This Canadian band are returning to WGW for the first time since 2007, and lead singer Chibi repeatedly informs us how happy they are to be back with the beautiful people in this beautiful room.

She’s a sweetheart but the Spa is actually a mortal enemy to bands – cavernous, it swallows all acoustics mercilessly. Even up near the sound desk every band sounds a little flat and strained, and occasionally the amps crack and spit under the strain. 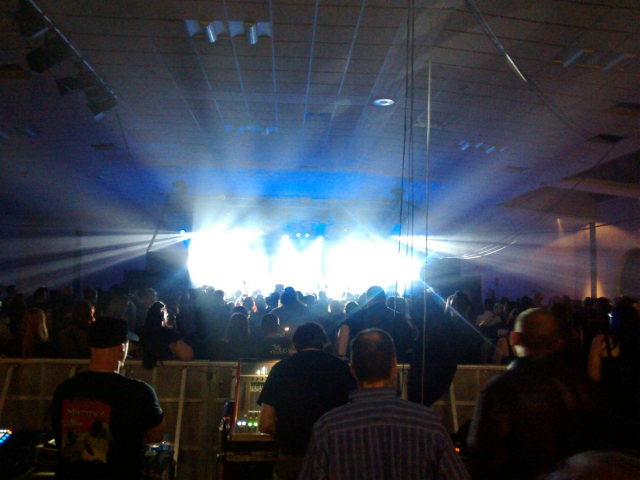 It might sound a lot better down the front, but as the above shows, we could get no closer! I’ve never seen the Spa packed so densely – it was a really heartening sight on this anniversary date.

When the sound normalises, the band sounds incredible. They open with firm favourite “Red Stars” from the 2007 album “Walking With Strangers” and Chibi’s voice is a powerful force emanating from this diminutive, bouncy woman – it’s intense and vibrant and the crowd responds in kind. 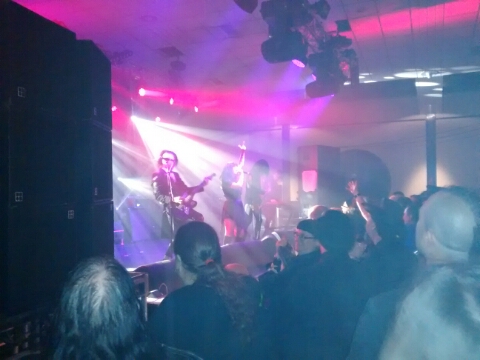 The band plays tracks from 2014’s album “Superstition” – their latest – and return time and again to firm fan favourites from their long career. The audience goes equally wild for both new and old, and the cheer is deafening for their encore, their standout track “Happy Birthday”.

They end on another classic, “Midnight” and then finally leave the stage in a glare of light, the complete opposite to a normal gig ending. To The Blogging Goth, it promises instead the start of a whole host of amazing gigs. We’ll review as much of it as possible!

News, reviews and other articles written from the UK Goth subculture
View all posts by The Blogging Goth →
This entry was posted in Uncategorized and tagged Whitby Goth Weekend. Bookmark the permalink.