“A Place Both Wonderful And Strange” – Geography through a Goth lens 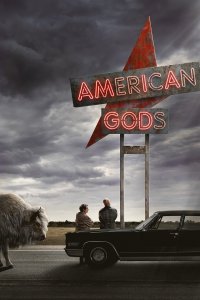 The TV adaption of Neil Gaiman’s acclaimed fantasy novel American Gods has been unreal and amazing so far. It would be so easy to mangle this complex combination of subtle themes and sly allusions, but Starz seem to have come through it perfectly. I look forward to more episodes with great anticipation.

In a recent interview, Gaiman explains how much of the novel was rooted in his perception of the ‘weirdness’ of Wisconsin, the Midwest American state where he wrote it. You can see it echoed in the strange locations that litter American Gods, the ‘new temples’ raised by post-theological Americans to areas of power not bound up in monolithic, classical Christianity. There are chapels of the curious, synagogues of strange.
Much of American Gods is a road-trip across weird America, and to me channels the Gothic trope of the eerie and unusual, amidst the ordered ordinariness of the contemporary United States.

It is a common trait underpinning much of the pop-culture end of Gothic, such as the Goth subculture and its attendant creative strands of literature, film and music. It is in the music of antipodean anarchist Nick Cave that I also hear America, but for me it is the sweltering, stinking, swamps and stinging, searing sands of the Bible Belt and beyond, a soundtrack of Southern Gothic. 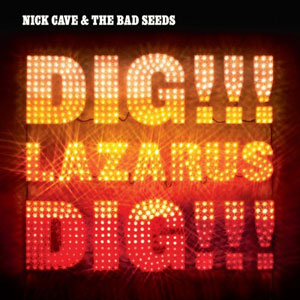 Cave ranges far and wide across the North American continent though, much like Shadow, the protagonist in American Gods. In the Bad Seeds song “Albert Goes West” from the 2008 album Dig, Lazarus, Dig!!! characters – or maybe aspects of the narrator himself, it is open to interpretation – head South, West, North and East and meet various fates, implied and deadly.

Cave himself however “ain’t going anywhere – just sit and watch the sun come up – I like it here!” He remains in some theoretical ‘centre of America’, safe and isolated from the dangers that beset others.
Equally, the characters of American Gods will convene for their final struggle in the semi-mystical ‘middle of America’ – not Middle America, which is another concept entirely! – and it all hearkens back to half-recalled pagan mysticism, the meeting of ley lines and the nexus of power. Once again we have accessed the old tropes of Gothic, permeating and linking all these creative outputs. 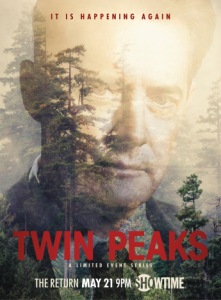 One place Cave failed to visit was the far North-West, those primeval forest-wrapped mountains that are only the foothills of the forbidding British Columbia ranges. Up there, the collision between quirky Americana and deadly phenomena has been delightfully, if cryptically, described by David Lynch’s cult classic TV series, Twin Peaks.

Once again, the Gothic traits are showing in this world-between-worlds as deadly otherworldly killers lurk behind the faces of trustworthy friends and family, and an unnameable something stalks the gorgeous woods of Washington state. That Twin Peaks has returned to TV screens as well speaks volumes for our appreciation of the trope.

That perception, the ‘haunting’ of American geography, is then exported to spiritual successor The X-Files, where government procedure takes on cryptids, extraterrestrials and urban legends in a sprawling jaunt around the US – and beyond – to prove ‘there are more things in heaven and earth, Horatio, than are dreamt of in your philosophy.’ Agents Mulder and Scully strive to push back the borders of ignorance, to force the paranormal into just the ‘normal’, revealing only greater mysteries and more deadly threats – a journey so fascinating, The X-Files has also been resurrected from its grave of Nineties counter-culture. Their journey is even sound-tracked by none other than Nick Cave, in the second season’s sixth episode “Ascension”, alluding in his all-knowing ways to the catastrophic plans of the sinister forces of conspiracy.

Those forces of conspiracy became a lynchpin for public imagination in the Nineties, to such an extent that the passionate belief in the ‘Men In Black’ is directly tapped as a solid threat for our protagonist in… American Gods. All mysteries merge I suppose, all have their roots in Gothic horror, and all have painted a uniform shade of deepest, inscrutable black beneath those brazen red, white and blue stars and stripes. 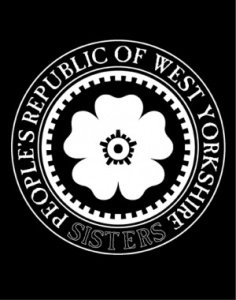 Not that we can limit ourselves to America, in fact. I gave a presentation to the Gothic Manchester conference focusing on the relationship between places – in this instance, Northern England – and the Gothic. I observed the ‘dark satanic mills’ that Blake described could well have referred to the smoke-blackened industrial wasteland of the North, that would later originate some of our most definitive artists within the Goth subculture.

Andrew Eldritch is the lead singer of The Sisters of Mercy, arguably one of the most definitive Goth bands ever. He remains inextricably linked to the ‘People’s Republic of West Yorkshire’, a comical description he felt impelled to suggest based on his anarcho-syndicalist political leanings and the far-left political aspirations of that industrialised, marginalized North.
He even referred to subcultural outposts like Le Phonographique (contender for first ‘Goth’ club in the world with the more-famous Batcave of Camden) in his song “Floorshow”. Here the locations are migrating into popular culture, becoming less of a real-world place and more a conceptual idea.

By the time the album Floodland arrived, its focus on water, death and sex are demonstrative of Eldritch’s relocation to Hamburg in Northern Germany. A port town (water), a potential first-strike target for a belligerent Soviet Union during the Cold War (death) and his openly-admitted headquarters on the Reeperbahn, Hamburg’s Red Light district (sex) are all Eldritch once again gleefully ringing those ‘Goth’ tropes, all the while pushing the irony barrier with his increasingly ardent denials of his G-word heritage.

Eldritch’s fleeing from that potential 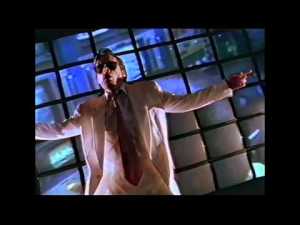 black albatross about his neck led him to Vision Thing, the ‘last’ album by The Sisters of Mercy. He threw himself and his band into a cruel, cool deconstruction of Nineties rock and metal, effortlessly vanquishing with virtuoso verbal style the politics, culture and phenomena that was… America.

He created another fantastical, hardly-believable but so-true-it-hurts version of Bush Senior’s United States with songs like “Doctor Jeep” in 1990, recognizing as Gaiman would in 2001 the ‘new’ Gods of greed and war and media. The artificial horrors amidst natural, normal life, those echoing Gothic tropes at work again.

I regret that I can say little outside of the Western bubble. However, I was delighted to read in History Today a refreshingly down to Earth account entitled Romania’s Problem with Dracula. Here, the Gothic trope found it surprisingly difficult to take root, in the country that was nominally the birthplace of the most famous vampire to ever live, a walking trope and father of tropes. The reality was of course that there was precious little ‘real’ geography to attach to Stoker’s famous Count, and even if the canny businessmen in Romania’s tourism industry were inclined, they were still in the grip of the ‘scientific communism’ of the USSR, at that time the dominant authority. 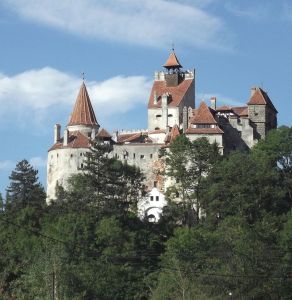 Of course, creativity is the handmaiden of all I have discussed here. The entrepreneurs of Romania were able to outmaneuver Moscow’s creaking centralised bureaucracy and actually appropriate existing locations (the tenuously connected Bran Castle) or build entirely new geography (Hotel Tihuta, later Hotel Castel Dracula) to which could be attached Gothic tropes – and hordes of money-spending tourists.
It is a delightfully apt reversal of our observations so far. Where American Gods, Nick Cave, Twin Peaks, Andrew Eldritch and The X Files all found the clichés of Gothic culture to attach to the geography, in Romania the location was created to house the trope.

There are two worlds being discussed here, and we find ourselves very much in between, whilst our creators and dreamers weave impossible connections to bridge the divide, that nevertheless seem just real enough to thrill.